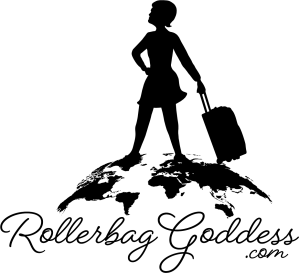 Rollerbag Mom and Pop have a lovely little rustic cabin in the north woods of Minnesota, in a tiny city known as Fifty Lakes. It’s nice to know such unspoiled places still exist in the world.

There’s no running water at the cabin, no television to distract you, and no wireless internet. Thoreau went to the woods for years to live deliberately, and so as not to find when he died that he had not lived. I spent a month in my own personal Walden, to write, to contemplate and go a little crazy.

See, I’m not really what you might call the outdoorsy type.

Yet, the cabin at Fifty Lakes offers a beautiful escape. The scenery is lush and green. It is unbelievably quiet and calm at night. White-tailed deer regularly feed near the cabin. I rarely saw other people when I was at the land. One night, I spent an undisturbed hour watching a gnat attack a centipede.

Here’s how I made “roughing it” it work for me. I borrowed Dad’s old truck. I bought fresh produce from local farmers, who displayed it at the end of their driveways and employed the honor system for payment. I had my favorite coffee shipped in from Brooklyn: D’Amico house dark roast, ground for a French press. I brought a case–yes, a case–of red wine, as well as truffle oil.

I rented a port-a-potty (no running water means no operational indoor toilet), and I bought a solar shower, and with the help of my brother-in-law, had a serviceable outdoor shower.

I spent my days watching the wildlife, enjoying the nearby lakes, sitting on the dock and soaking up sunshine when weather permitted.

I baked bread and made soup, gathered raspberries growing wild on the land and ate them for breakfast.

I listened to the mournful cries of the loons at night. And I read loads of 18th Century literature, most of it borrowed from the library at the muni, the municipal liquor store and bar in Fifty Lakes.

My stay in Fifty Lakes was paradise, the kind of paradise people work their whole lives to attain. But in the end, it was too much for me. Roughing it took its toll in a mere matter of days. Increasingly, I found myself at the muni, sipping beer and eating what I swore was the best-tasting pizza in the world. I was crazy for conversation and running water. I craved stimulation of any sort, the lack of which gave me writer’s block. Overnight temps dropped into the 30s, and the solar shower didn’t warm up much more than that. And then, the rain moved in.

When my sister invited me to St. Cloud for a hot shower, I weakened, and gratefully accepted. My days at the cabin were sporadic after that.

Yet, the cabin in Fifty Lakes still holds tremendous appeal to me. With running hot water, I might have stuck it out longer. With Internet (the muni now offers free wifi), and perhaps more modern literature, I might never have left.

Except to get more wine and truffle oil, of course.

What are your favorite rustic getaways? What comforts could you not live without?

Rollerbag Goddess Rolls the World by Charish Badzinski is licensed under a Creative Commons Attribution-NonCommercial-NoDerivs 3.0 Unported License.
Based on a work at rollerbaggoddess.blogspot.com.