This is the blog post my mother never wanted to read.

It’s about the bad stuff that can happen when you travel.

About a month ago, my friend FancyNancy and I were in Uvita, Costa Rica. I’d been working a lot while traveling and we were both itching to get out and explore–something we’d done little of to that point, besides the stretch of highway from San Jose to Uvita.

So we piled into our overpriced rental car (renting a car in Costa Rica is RIDICULOUSLY expensive.) and went for a drive. We stopped at a nearby beach, took some photos, then got back into the car to continue on our way.

A light rain started to fall. The street was winding, and drivers seemed committed to upholding the stereotype of Central American speed and risk-taking on the roads. Semis tear through towns at a remarkable pace, blasting the air with the eardrum-piercing staccato of the jake brake. Scooters race by in non-existent lanes, between cars on narrow roads or on the whisper of a shoulder. Pedestrians walk along the road’s razor edge, unfazed.

We navigated the curves, jungle reaching around us, FancyNancy at the wheel. A large utility truck passed us, going uphill, over the speed limit.

Nancy held her speed, and as if talking to the driver, said dryly, “We’ll see you at the top, buddy.”

We crested the hill.

At the last possible micro-second, the driver overcorrected, spun and caught the bumper of the semi with its side or back end. It happened so quickly. Crates flew into the air, the bumper of the semi peeled off, glass and plastic and wood and who knows what else seemingly exploded onto the roadway. The utility truck careened to the right, went down an embankment and flipped on its side. The semi came to a stop, still in its lane.

FancyNancy stopped the vehicle. And somehow, though we were right behind the utility truck, not a single thing had  hit us. Debris was inches away from us, all around us. But our rental car didn’t have a scratch on it.

Had we been going just a little bit faster, had we kept pace with that truck speeding uphill, we would have been in the middle of it all.

I reached for the phone.”How do we call emergency here?” Neither of us knew.

Nancy jumped out of the car and I followed suit. Locals who had witnessed the accident came running toward us. Traffic continued to flow at breakneck speeds, blindly, toward our rental car….toward us.

The driver of the semi was standing in the middle of the road, looking phased. People clambered over the utility truck’s side. The driver emerged from the cab.

Nancy pulled the bumper of the semi and other debris off the highway, and shouted for me to move the car over…over where? There was no shoulder, just soft mud and a drop off, and glass and truck parts were scattered everywhere. I got in the car and pulled over so we wouldn’t get rear ended, hoping the mud would hold.

My hands were shaking, the adrenalin just beginning to pump.

FancyNancy, I should tell you, is a a United States Veteran. She’s dealt with more crap during her tour of duty in Iraq than I can even contemplate. Doesn’t talk about it much, but she’s pretty much the epitome of badas*ery. She’s not afraid of much. She’s a woman who gets stuff done and doesn’t suffer fools lightly. So in a high-stress situation, she’s exactly who you want at the wheel.

And I am grateful that on that drizzling day, she was our driver.

We got out of the incident shaken, but unscathed, and everyone walked away from it.

It was unfathomable that anything but supernatural intervention had saved us from being part of a pileup at 50 mph with a semi, a truck, and a slippery, wet road beneath us. As we drove away, Nancy and I both had a feeling that our departed dads had somehow protected us. (Thanks, Dads!)

It’s important for us, as travelers, to acknowledge that fear of the bad stuff is often what holds us back from traveling. And it’s just as important to recognize that sometimes, bad stuff goes down. It can range from getting ripped off when buying something, to having your stuff stolen, to missing a train, to the truly horrible.

In many, many cases, it’s a near miss, like what we encountered. This, as they say, was not my first rodeo.

Maybe that’s purely a matter of good driving skills and clarity under pressure. Or Dads looking out for us. Or just dumb luck.

But it’s also important to realize that most of the bad stuff that can happen when we travel abroad, can happen to us right here, at home.

I know people who’ve been in car crashes. I know girls who have been raped. People who’ve been held up at gunpoint or assaulted on the street. I know people who have had their homes broken into, or vehicles stolen. Every incident I list here, affecting someone I know, happened here in the states. And frankly, the only time I’ve had something stolen from me was when my purse was taken from a locked car right here in Tucson, Arizona.

People are often afraid for my safety as I travel. But violent crime in many places outside of the U.S. isn’t what it is here, where seemingly everyone has a gun. And the greatest risks in many of the places I have roamed are things like petty theft, pickpocketing, credit card skimming, getting overcharged by a vendor or taxi driver, or suffering a brief bout of food poisoning.

I’m not saying bad stuff doesn’t happen. It does, and the really bad stuff is what makes the headlines that breed fear in our culture.

You can let fear keep you at home, where you are arguably no safer from the really bad stuff. Or you can travel in spite of not knowing what’s over that next hill.

And if you do travel in spite of that fear, may you make smart choices, have a steady hand at the wheel, and have a couple of angels looking out for you, too.

FancyNancy and I agreed to conclude our tour of the Uvita area that day immediately after the accident. We drove to a local restaurant back in Uvita: Maracuya, where we proceeded to imbibe in cocktails and some comfort food until my hands stopped shaking. Until we felt the ground steady under our feet once again. Until we had turned the incident around in our heads enough that it had lost some of its heaviness, and we had lost some of that sense of vulnerability that emerges in the wake of big stuff.

The rain poured down, so we ordered another round.

We got home safe, with no photos of the accident itself. Just another travel story to tell.

Sorry about that, Mom. 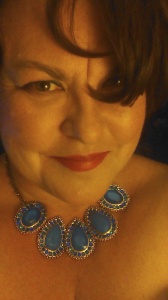 Charish Badzinski is an explorer and award-winning features, food and travel writer. When she isn’t working to build her blog: Rollerbag Goddess, she applies her worldview to her business, Rollerbag Goddess Global Communications, providing powerful storytelling to her clients.

Posts on the Rollerbag Goddess travel blog are never sponsored and have no affiliate links, so you know you will get an honest review, every time.

Find Charish on Twitter: @rollrbaggoddess, on Facebook at @rollrbaggoddess, and on Instagram at @rollerbaggoddess. You can also read more about Charish Badzinski’s professional experience in marketing, public relations and writing.

3 thoughts on “When Bad Things Happen to Good Travelers”